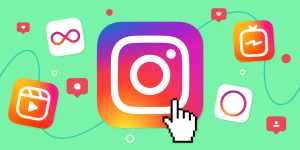 Instagram, the famous photo-sharing service, is focusing on new updates to make it more user-friendly. It has been confirmed that the ‘Audio Rooms’ option will be available shortly. Instagram is working on the latest Audio Rooms feature, according to a screenshot posted on Twitter by a Twitter user. A new Microphone choice appeared at the top of the app, according to the photo.

The Microphone icon appears with a cross mark in the other screenshot, indicating that a person can quickly mute or unmute and leave the Audio Rooms. According to reports, Instagram is not only working on the Audio Rooms functionalities, but some of its chats will soon have end-to-end encryption. When a user begins a new conversation with the label ‘ Launch end-to-end encrypted chat,’ the function would most likely activate.

Previously, Instagram allowed users to recover removed messages, which provided some protection against account purging by hackers. Also, in a recent software upgrade, users were able to use awesome new special effects for Instagram direct messages (DM). Facebook combined Messenger and Instagram messages, and the latter has since acquired several cool new functionalities, such as the option to set custom chat colors, vanish modes, custom emoji reactions, and so on. 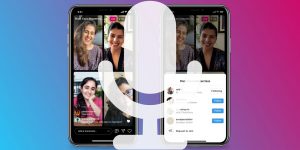