Since 2019, Instagram has been exploring private likes on the platform, and it has since been rolled out to more users. However, this function is divisive, and some users are disappointed with it. 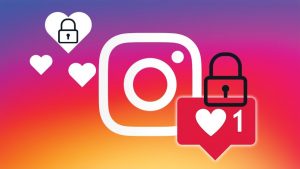 This week, the hiding likes made their way back to the top of the news. This time, Instagram’s CEO, Adam Mosseri, moved in and discussed the issue on his personal Twitter account. According to Mosseri, the private likes feature was accidentally rolled out to more users, preventing them from seeing the number of likes on their content.

The Instagram technical team responded quickly and resolved the issue. However, Instagram influencers are worried about the widespread implementation of this feature.

Private likes are “clearly polarizing,” according to Instagram’s CEO, and they want to give users a preference. Users who want to see the likes can do so quickly, and those who don’t want to can skip it.

The process for putting this concept into action is still unknown, and nothing has been announced. However, Instagram can add a slew of new options to the Settings page that allows users to enable or disable the feature. Instagram has recently made several platform updates, such as updating the Reels and introducing keyword searches.

Instead of focusing on likes, focus on quality

The explanation for hiding likes on Instagram is that it allows people to concentrate on the quality of their content rather than the number of likes.

“It’s because we want people to think less about how many likes they receive on Instagram and spend more time engaging with the people who matter to them,” Mosseri said at Facebook’s F8 conference in 2019.

This seems to be a noble goal, but prominent users and influencers are leading the charge against this functionality. From the beginning, the notion of private likes has sparked discussion. Influencers want to see how many people liked the content because those figures are used to determine how famous their account is. This may also affect their advertisement sales.

Aside from revenue, the number of likes can give some users a sense of personal gratification. On social media, there is fierce competition for more likes, and likes are a reliable indicator of an account’s popularity.

Instagram is highly dependent on well-known users and influencers. They attract new users and encourage them to remain on the platform. As a result, Instagram does not want to upset them and has decided to offer users the option of private likes.