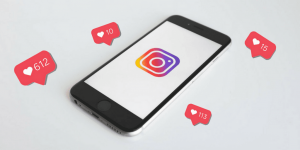 Instagram is experimenting with a feature that masks the number of views you get on your posts. Is this, though, a function that it can implement? In a small test, Instagram is exploring its secret likes function once more. However, when Instagram released its Live Rooms feature in March, the feature, which masks the number of likes on feed updates, was accidentally opened to more people. While this was simply a bug, the functionality was controversial. Is it worth the company’s effort to introduce it?

In April 2019, Instagram began the first public test of the private like count feature with a select group of users in Canada. Over the year, the trial was extended to include Italy, Brazil, Ireland, Australia, Japan, New Zealand, and the United States. However, it seems that Instagram has not yet gathered enough evidence to make a final call and is also checking it. The public was given a sneak preview of the function. Instagram inadvertently experimented with private like counts with a larger number of users than expected. According to Instagram’s head, Adam Mosseri, the reaction has been mixed. As a result, the company is searching for a way to make it available as an alternative.

However, there are some disadvantages of using private like counts. For starters, there might be a greater emphasis on follower counts. Advertisers and agencies may be inclined to use follower counts as the primary criteria for selecting influencers. It may also have an impact on Instagram’s rise. Users that generate high-engagement content can be switched off by the private like count feature. 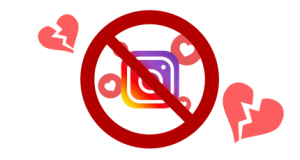 Influencers can also see a decrease in sales. It would be difficult for brands to assess an influencer’s value, which could deter certain brands from partnering with influencers at all.

3. Should they conceal the number of likes you get on Instagram?

Instagram was called the worst social media site for teenage well-being in a 2017 survey by the Royal Society for Public Health in the United Kingdom. Social media may have negative consequences, such as rising paranoia and a sense of poor self-worth. 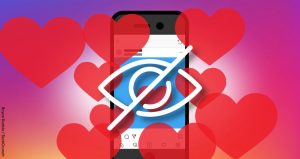 Instagram’s effort to reduce media similarities and discomfort generated by the site is to hide the number of post views. However, there is a disadvantage to covering the number of likes on a post.

4. The Likes Count: To Hide or Not to Hide

The majority of platform users want to keep the number of likes hidden. However, influencers and those who focus on interaction metrics for income are the ones who will be most influenced by this move. It’s conceivable that the only way to prevent this is for Instagram to make the feature optional.

The increased health of teen consumers is one possible advantage of private like counts. Since their rivals won’t be able to see how many likes they have, teen consumers won’t be compelled to fight for likes. Because like counts are a general norm against which users measure themselves, the probability of social comparison on the app can decrease. There’s also the possibility of more exclusive material. Instead of just sharing material that receives a lot of comments, Instagram users should be more playful and experimental. It can also promote a greater sense of belonging. Users would engage with material that resonates with them rather than content that has a huge number of likes.